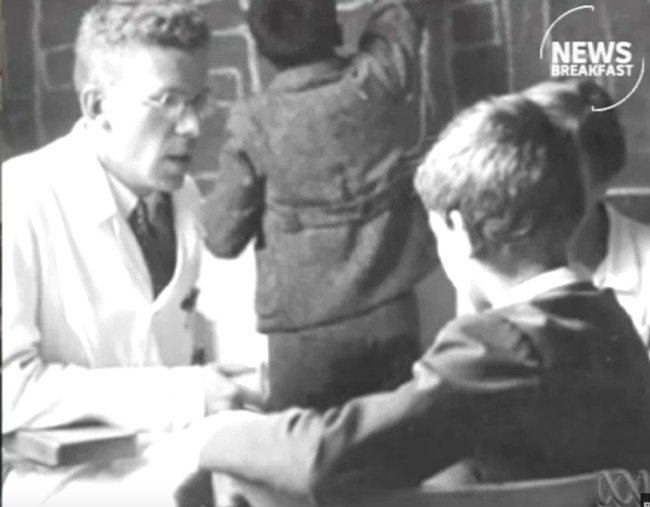 The term “Asperger’s” has become a part of our language. But with the evidence of Hans Asperger’s links to Nazi child-killing, should we all just stop using the terms?

Asperger was an Austrian paediatrician who worked in Vienna during WWII. For many years he was seen as a hero. The legend was that he had talked up the special skills of his young patients with autism, and by doing so, saved them from being killed by the Nazis.

“Autistic people have their place in the organism of the social community,” Asperger wrote in 1944.

But recent research by medical historian Herwig Czech has crushed the idea of Asperger as a hero. Czech uncovered documents that proved that Asperger wrote damning descriptions of more than 40 of his young patients that resulted in them being sent to the Spiegelgrund clinic where almost 800 children died. Many were deliberately murdered, fed barbiturates mixed with sugar or cocoa.

Now there’s a new book out, Asperger’s Children. It’s by Edith Sheffer, a historian who has a son with autism. She’s spent years investigating Asperger, and her conclusions are damning.

The paediatrician was never a member of the Nazi party, but Sheffer says he applied to consult for Hitler Youth. He endorsed the Nazi policy of forced sterilisation for people who were “a burden on the community”. As for the children he sent to Spiegelgrund, Sheffer says he would have known he was sentencing them to death.

“One of his patients, 5-year-old Elisabeth Schreiber, could speak only one word, ‘mama’,” Sheffer recently wrote in the New York Times.

“A nurse reported that she was ‘very affectionate’ and, ‘if treated strictly, cries and hugs the nurse’. Elisabeth was killed, and her brain kept in a collection of over 400 children’s brains for research in Spiegelgrund’s cellar.”

Sheffer is calling on people to stop using the terms “Asperger’s” and “Aspie”, even in casual conversation.

“It’s one way to honour the children killed in his name as well as those still labelled with it.”

Barb Cook, who is the editor-in-chief of Spectrum Women Magazine, remembers how she felt when she first heard about what Hans Asperger had done.

“Of course I was mortified,” she tells Mamamia. “It disgusted me that such a man with great knowledge and opportunity to save children, as he did with some, was also used to sign a death warrant to others.

“How do you value one life over another? You can’t, and here is where the dilemma lies. He had a choice, and choices he made were wrong and unforgiveable.”

Cook was diagnosed with Asperger’s syndrome in 2009.

“When I received my diagnosis it was one of relief and understanding of who I was,” she explains. “It never occurred to me at that point in time who had introduced the term, let alone where the original research had evolved from. Connecting heavily to the term and then the term of ‘Aspie’ in identifying myself, I felt I had found my tribe and family that I belonged to.”

As Cook points out, the term “Asperger’s syndrome” was removed from the DSM – the manual used by American psychiatrists – in 2013. She says for a short time after that, she felt a “loss of identity”.

But she says many people in the autism community saw “Asperger’s syndrome” as a dividing term, “with the wider community viewing Asperger’s as identifying with having a less need for support and accommodations, which is in fact is quite untrue”.

Before too long, people in the community were changing the way they referred to themselves.

“Many people who fondly identified as ‘Aspies’ now were identifying as ‘Auties’, and more recently the community has shifted towards neurodiversity.”

Cook says a large majority of adults on the autism spectrum now identify as ‘an autistic person’, not ‘a person with autism’.

“Quite simply, you can’t separate the autism from us. It is part of our neurology.”

As for Hans Asperger, Cook says the thoughts of what he did will stay with her, and she’ll remember it whenever she hears the term “Asperger’s”.

“Asperger’s will always be a haunting reminder of the past and what we can learn from this today and to ensure it never happens again. You can’t play God with another person’s life. It will also be a term that gave a great number of people an understanding of who they are, giving them a release from the years of never fitting in, to a tangible context that they were not alone in the world, that they had a tribe they could connect to and grow with.” 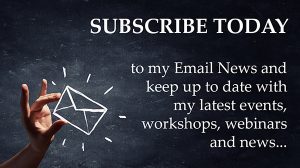